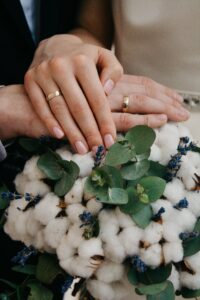 You should Consider a Prenup over 60

If you are planning to get married, you should consider a prenup over 60 years of age. A “prenup” can spell out which expenses will belong to each individual and which will be for the couple. In addition, a prenup can state where marital assets will go in case of death or divorce, says FedWeek’s recent article entitled “A Prenup May Be Prudent for Later-Life Marriages.”

Sometimes the word “contract” is used rather than “agreement,” as in “prenuptial contract.”

An agreement made during marriage, rather than before, is known as a “postnuptial,” “post-marital,” or “marital” agreement.

For a prenup to be valid, each party should seek the advice of an attorney. These attorneys should be independent of each other, so one attorney shouldn’t represent both parties. The agreement should fully disclose each spouse-to-be assets and liabilities.

Here are some reasons that some people want a prenup:

Some prenups have been ruled invalid by the courts, when one spouse appears to have pressured the other to sign the contract right before the wedding. To implement a prenup, don’t wait until the last minute. Before making marriage plans, consider creating a prenup if you are over 60. If you would like to read more about second marriages, or marriage later in life, please visit our previous posts.

Photo by Irina Iriser from Pexels

Information in our blogs is very general in nature and should not be acted upon without first consulting with an attorney. Please feel free to contact The Wiewel Law Firm to schedule a complimentary consultation.

Texas Trust Law, PLLC, also known as The Wiewel Law Firm, is not a chartered bank or trust company, or depository institution. It is not authorized to accept deposits or trust accounts, and is not licensed or regulated by any state or federal banking authority.